Izidor Ruckel and his manager, Sarah Padbury, participated in a two-hour radio interview on the Stacy Petty Show on Friday, Aug. 7. The live broadcast is a daily show on 1310 KFKA, a news talk AM radio station, based in Greeley, Colo., within reach of one million listeners across northern Colorado.

Petty interviewed the duo about several issues surrounding adoption. Ruckel described his experience growing up in a horrific Romanian orphanage before he was adopted by an American family at age 11. Padbury, an adoption advocate, talked about her life as the mother of six adopted children. Together they are working on turning Ruckel's life story into a feature film, called Izidor. 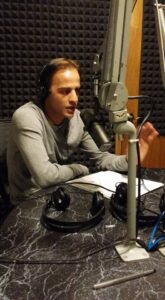 The film follows Ruckel and eight of his orphanage friends when they are discovered in 1990 by American media after the fall of Communism in Romania. It also portrays several adults, both Romanian and American, who chose to risk their own lives on behalf of the orphans, convinced that their lives were worth saving.

Ruckel concluded the interview by revealing he hopes the movie will not only inspire audiences to get involved in orphan care, but hopes it will change history for today's orphans still imprisoned in institutions.

"If I were to die, I'd like to finish one legacy," Ruckel said. "Let me make history with this movie... to ensure that this history does not happen again - not only in Romania, but all across the world."

Listen to the radio interview (2 links): 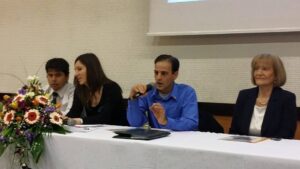 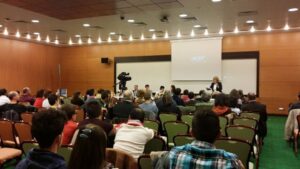 BUCHAREST, ROMANIA 3/17/15: Izidor Ruckel’s scheduled 2-day interview on ProTV’s “La Măruță” was extended to 6 days on the live broadcast as the show’s ratings skyrocketed last week. Izidor surprised the audience by revealing his adoptive mother, Marlys Ruckel, had returned to Romania with him.

The exposure sent Izidor’s public Facebook page stats soaring with new page “likes,” up 159,163.2% in just four days. Today, the page continues to gain momentum hourly with over 43,000 “likes.” In addition, his website IzidorRuckel.com experienced a flood of traffic as thousands of visitors from Romania, the United States, and across the globe checked out the site.

The initial broadcast on Mar. 9 revealed video of the mother and son traveling back to the orphanage in Sighetu Marmatiei where Marlys first met Izidor as a 10-year-old boy in 1991. The footage showed Izidor, sometimes on the verge of tears, walking through the rooms of the now abandoned institution and telling stories of his difficult life there, including pointing out where countless babies and several friends had died of abuse or neglect. Marlys stated it was difficult to revisit the orphanage, but she was grateful it was closed and there were no longer children housed there.

TV host Cătălin Măruță asked Izidor what it was like to be adopted after living in such horrible conditions for so long.

“It’s like I was reborn,” Izidor said, sitting comfortably next to his mom on a floral couch on the brightly lit set. “I just wanted someone to love me and accept me for who I am. And she did.”

When asked what he thinks of when he hears the word “mother,” Izidor had a one word reply: Marlys. Izidor endured six surgeries to save his legs after coming to America, which were withered due to contracting polio as a baby. Marlys described how she never left his side during his hospital stays, except for the last surgery, where his father, Danny Ruckel, remained with him. Izidor noted Marlys even remained faithful during his rebellious years.

Măruță surprised the two with an unexpected guest, Anca Maxim. Twenty-four years ago, Marlys spent seven weeks in Romania attempting to finalize the paperwork to adopt Izidor. Anca was Marlys’ translator and assistant. When Marlys had to return home to take care of her other three children, Anca helped finish up the court requirements in Romania, and then escorted Izidor to America. The women were delighted to be reunited.

On Mar. 11, the show brought on another surprise guest, Izidor’s biological mother, Maria. Izidor and Marlys had traveled to Tasnad the week before where Marlys and Maria met for the first time. Maria presented conflicting stories of the circumstances surrounding Izidor’s adoption, leading to tension on the set. Maria offered to take a polygraph test, which she failed. The 3-night controversy sent the show’s ratings through the roof, and led to much public criticism of Maria.

But Izidor attempted to put an end to the attacks by telling Maria that he was not angry with her, believed she did what she thought was best for him at the time, and forgave her for abandoning him.

“Eveyone is picking on her because she abandoned me,” he told Măruță. “But what about the other 160,000 abandoned children? Where are their parents?”

In a Facebook posted dated Mar. 15, Izidor made another public plea.

“If you believe in God then you know that God has already asked you not to judge others unless you want to be judged as well,” he wrote. “So what I am asking [is] this – do not be harsh to my birth mother and do not judge her for how she responded and how she was on TV.

“… She may not understand a lot of things and that is OK for me. If she did not do what she did by putting me into an orphanage, I would not be here today and I would have not had the opportunity that I had. Please remember this God allowed this to happen for a purpose.”

Izidor pointed to his faith in Christ as the source of his ability to forgive and be emotionally healed from his past trauma. In addition, he credited the compassion and guidance of his adoptive parents and siblings: “It is through their example that I have become an advocate for orphans’ rights.”

Izidor now travels to Brasov, where he will hold a speaking engagement on Saturday, Mar. 21, with two other former Romanian orphans, Alex Kuch (adopted by a German family) and Veronica Clark (adopted by an American family). The trio will be advocating for the right of every child to a family, including re-opening Romania’s doors to international adoption for those who cannot be placed with families within the country. The event is open to the public and will be held at the 5-star Aro Palace hotel in the Europa Conference Center, 10:00 a.m. – 2:00 p.m.

On March 9, 2015, Izidor Ruckel was interviewed on live TV by Cătălin Măruţă on ProTV's "La Măruţă" in Bucharest, Romania. His appearance on the show was extended to six days (Mar 9-13 and 16) due to skyrocketing ratings when his adoptive mom, birth mom, and several other surprise guests were brought onto the show. 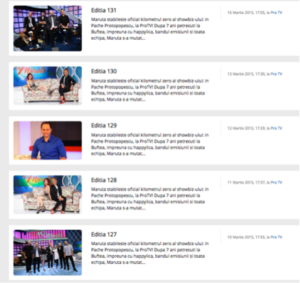 BUCHAREST, ROMANIA 3/7/15: Izidor Ruckel, America’s most well-known Romanian adoptee, arrived in Romania March 1. On his first trip back to his home country in a decade, Izidor is spending the first two weeks of a two-month visit touring the country with ProTV.

ProTV’s Irina Fodor is traveling with Ruckel as he re-traces his former life in Romania, including visiting his orphanage in Sighetu Marmației, a small northern town on the Romanian-Ukrainian border, and meeting up with his birth family.

Ruckel brought Fodor a copy of his autobiography Abandoned for Life for her review. He hopes to communicate his love for his home country, especially for the children who still struggle as unwanted orphans, as he once did.

Ruckel will be a guest on La Măruță, ProTV’s primetime entertainment news magazine, on Monday and Tuesday, March 9-10, airing at 5:30 p.m. Romanian time. Ruckel encourages viewers to tune in for footage of his visit to the orphanage he lived at for the first 11 years of his life, as well as his first time meeting relatives from his extended biological family.

In addition, Ruckel has a big surprise for planned for the live show. Tune in Monday to see his announcement!